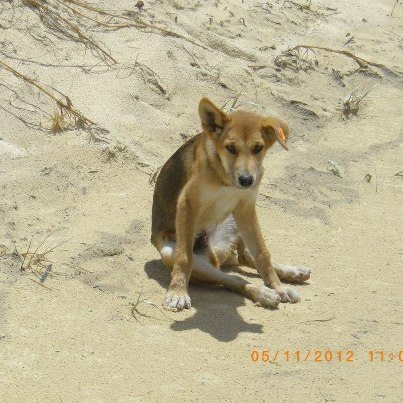 Fraser Island sits 120 miles north of Brisbane and is the largest sand island in the world. UNESCO listed Fraser Island in 1992 as a World Heritage Listing due to its natural beauty and unique flora and fauna. The apex predator of Fraser Island is the Dingo, who may now be one of the last pure breeds of dingo remaining.

Of great concern is the fact that the International Union for the Conservation of Nature (IUCN) has the Dingo on it’s Red List, meaning that this long enduring species is now considered ‘vulnerable’ and facing a high risk of extinction. Despite this, the dingo is a declared pest throughout Australia and only receives protection within national parks or declared sanctuaries.

Dingoes have been targeted since European settlement due to relentless campaigns by graziers to have the dingo removed from the landscape altogether.

On Fraser Island, dwindling dingo populations have been subject to tazing (clay bullets that are shot from a slingshot), shooting of juveniles, death by lethal injection, ear tagging, electronic collaring and the targeting of dogs that simply appear to be too close to humans. Any dogs that are playful, curious or come too close to tourists (or tourists coming too close to dingoes) are immediately targeted.

The use of electric collars and ear tags have reduced the Dingo's ability to hunt and restricts their territorial range, presenting a multiplicity of problems.

Many dingoes on Fraser Island have been hit by vehicles, tormented by tourists, had their food sources diminished and been refused access to beaches. 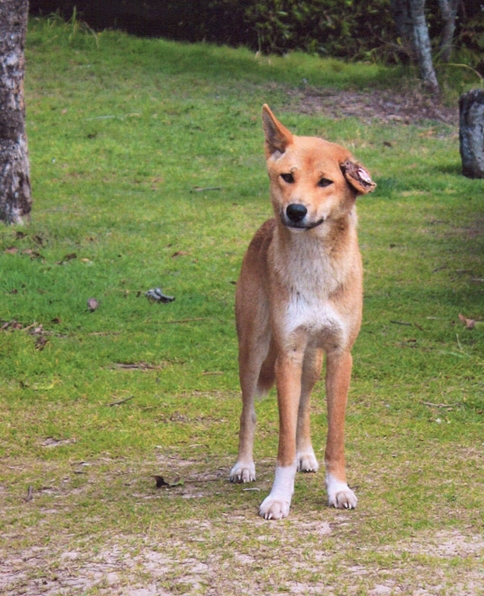 Over recent years we have seen an orchestrated campaign forged by DERM (Dept of Environment and Resource Management) to discredit and harass individuals who have gone to the island to study and defend the Dingo. One such example is the remarkable efforts Jennifer Parkhurst, a well known wildlife photographer who became a dedicated and tireless carer of these animals.

Jennifer was pursued relentlessly by DERM who instigated a police raid on her home and removed computer equipment/files and personal possessions. Jennifer was later prosecuted and fined for feeding starving pups. She was fined an unprecedented $40 000 and given a 3 year suspended sentence.

However, even with increasing community outrage over Jennifer's penalty, the cruelty to dingoes continues on Fraser Island.

Community outrage became evident when in 2011 a resident dingo pup suffered a horrific death
at the hands of DERM. In May 2011, the pup, who was sanctioned for an experiment, died due to negligence and incompetence. The young pup died from a noose being so tightly bound to the pup that it could not breathe and consequently tore its ribs and chest wall.

As soon as this tragedy became news, DERM claimed it was adhering to animal welfare principles.

Many academics such as Dr Ernest Healy were quick to point out that DERM (supported by RSPCA) were responsible for gross cruelty and inadequate animal  ethics approval for research conducted, which was later revealed had not gone through appropriate channels. It appears that approval required for this experiment from an ethics panel was back dated. Further condemnation came from the Butchulla Aboriginal community on Fraser Island who also rejected claims made by DERM that their approach broadly represented their interests.

“To see our dingoes destroyed for the most ridiculous of reason, such as loitering and not displaying enough wariness is unacceptable".
- Marie Wilkinson, a Butchulla Elder