On 22 October at the Annual General Meeting of WLPA 3 Compassion Awards were granted by the Management Committee:

Karen French was awarded for her volunteering at WLPA over 3 years as a foster carer, rescuer and rehomer with particular skill in socialising unsocial kittens.

Matt Peake is a Vet Nurse and Adoption Centre Volunteer at WLPA who has also volunteered for 3 years. Matt works 7 days a week for animal rights organisations including Cat Defence, Animal Liberation, World League and others. He was awarded for his around the clock awareness raising on social media on the plight of animals.

Martin Stewart was awarded for the skilled and loving training and fostering of deaf dog, Bligh 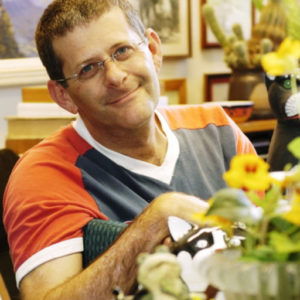 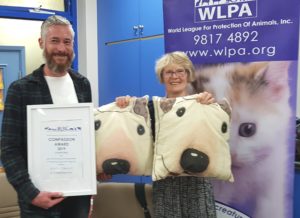