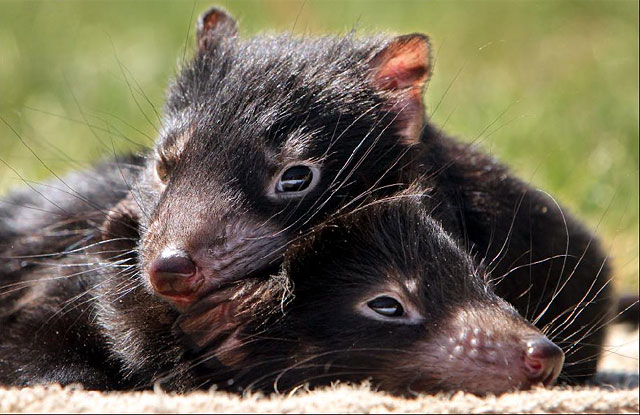 WLPA have been continuing our quest to gather more research and statistics in relation to 1080 and the devastating impacts it has on wildlife.

What we have discovered about this toxic chemical and it’s consequences is that government agencies know little about the level of fatalities once landholders are free to use it at their own discretion. We have written to every state and territory government asking a series of questions, contacted the Australian Pesticides & Vet Medicine Authority, written to the Veterinary Board in every state, contacted Chemcert (the farm chemicals user authority), the Department of Health and the Tasmanian Department of Primary Industry (DPI).

Our lobbying strategies now require a different direction and we must come up with non lethal solutions. Alternatives to poisoning do already exist, for example, exclusion fencing, humane trapping (where native animals can be released) and crop rotation and diversification.

The reason our focus has been on Tasmania is that they are the only state that uses 1080 to directly target wildlife. Many agricultural practices in Tasmania are already ineffective due to soil and climate type, yet 1080 is still used as the main arsenal to destroy over a million small wallabies each year, hundreds of thousands of Brushtail Possums and thousands of endangered Tasmanian Devils. The carcasses of these animals are also eaten by raptors, lizards, snakes, insects and other introduced animals.

From our constant correspondence with various government agencies, we have learned that many more questions require answers than our bureaucracies can provide. For example, when we asked DPI Tasmania what the level of use was of 1080 by landholders, they could not provide any answers. When we inquired about statistics on the number of native animals killed by species annually, they could not answer this either.

All state agencies we wrote to were quick to point out that 1080 is vital to ‘protecting’ agricultural industries and that the many benefits included eradicating feral animals. Various state governments reiterated that 1080 was humane. Seemingly there is little understanding of the agonizing side effects for which there is no antidote.

WLPA further learned that in some states 1080 is now sold directly to companies and individuals where years ago this was not the case. Once individuals obtain a permit/license, they are free to use 1080 at their own discretion.

WLPA is often contacted by grief-stricken members of the public who have lost a beloved
pet to 1080 poisoning. This is Max’s story, told by his owner.

"It started with a small epileptic style convulsion which occurred again an hour later, then again about half an hour after that and continued to gain severity over a 25 minute period. His symptoms during the final attack were horrific - extreme anxiety, continuous high pitch yelping, growling and thrashing, violent shaking, foaming at the mouth, loss of bladder and bowel control and psychotic unyielding physical exertion. He was almost impossible to contain by two well built male men. He had intermittent convulsions that left him thrashing violently, kicking and rolling with his legs in the air, eyes rolled back in his head. He would briefly break out of his fits and pull hard and wildly at the lead, attempting to escape what appeared to be hallucinogenic images. As I tried to contain him, his eyes were constantly fixed on something invisible to me, behind me. He would collapse again and go into another convulsive fit. He had a total of five or six convulsions in the 25 minute period.

To ask me prior to this event if I could ever put a gun to his head and pull the trigger out of pity I would have denied that I could ever do it. I was however begging passers by for a rifle or pistol and would not have hesitated for even a second. I was so shocked by the brutality of the event and I’m extremely surprised that such a poison is considered legal in any country, anywhere in the world. I would plead to all farmers that no animal should be treated this way."

Some facts about 1080 ( sodium monofluroacetate):

A published report in 2005 from the Australian Pesticides & Vet Medicine Authority highlighted some disturbing findings. In one survey (pg 67) an entire colony of bettongs were wiped out by the Forestry Corporation’s baiting program. On page 68 of the same report, journalist Paul Healy (The Mercury) photographed quolls, wombats, devils, potoroos , wallabies and wedge tailed eagles days after baiting alongside river banks. This can be easily verified as animals are desperate to drink after ingesting this vile poison. On page 80, "observations were made of over 50% population reductions in areas causing local extinctions, within a 2km radius of baiting".

Understandably, conservation/animal welfare groups withdrew from the government consultation process as the Tasmanian government refused to abide by their earlier promises to eventually phase out 1080 baiting. Furthermore, these committees were stacked with ‘sports’ shooters and commercial vested interests providing no hope for real change.

Please note: We have compiled an updated brochure on the effects of 1080 poison and are currently in discussions with Tasmanian groups and MPs who may be able to help us reintroduce a listing of 1080 poison as a Key Threatening Process, under the EPB Act 1999. This will be a tough call but is nevertheless crucial, while simultaneously getting academics onside to investigate non lethal alternatives, such as natural taste and smell repellents, exclusion fencing and diversification of crops and stock.

Please support us in this endeavor by contacting:

Image from The Mecury